Archival and Manuscript Collections Related to Recipes and Cooking 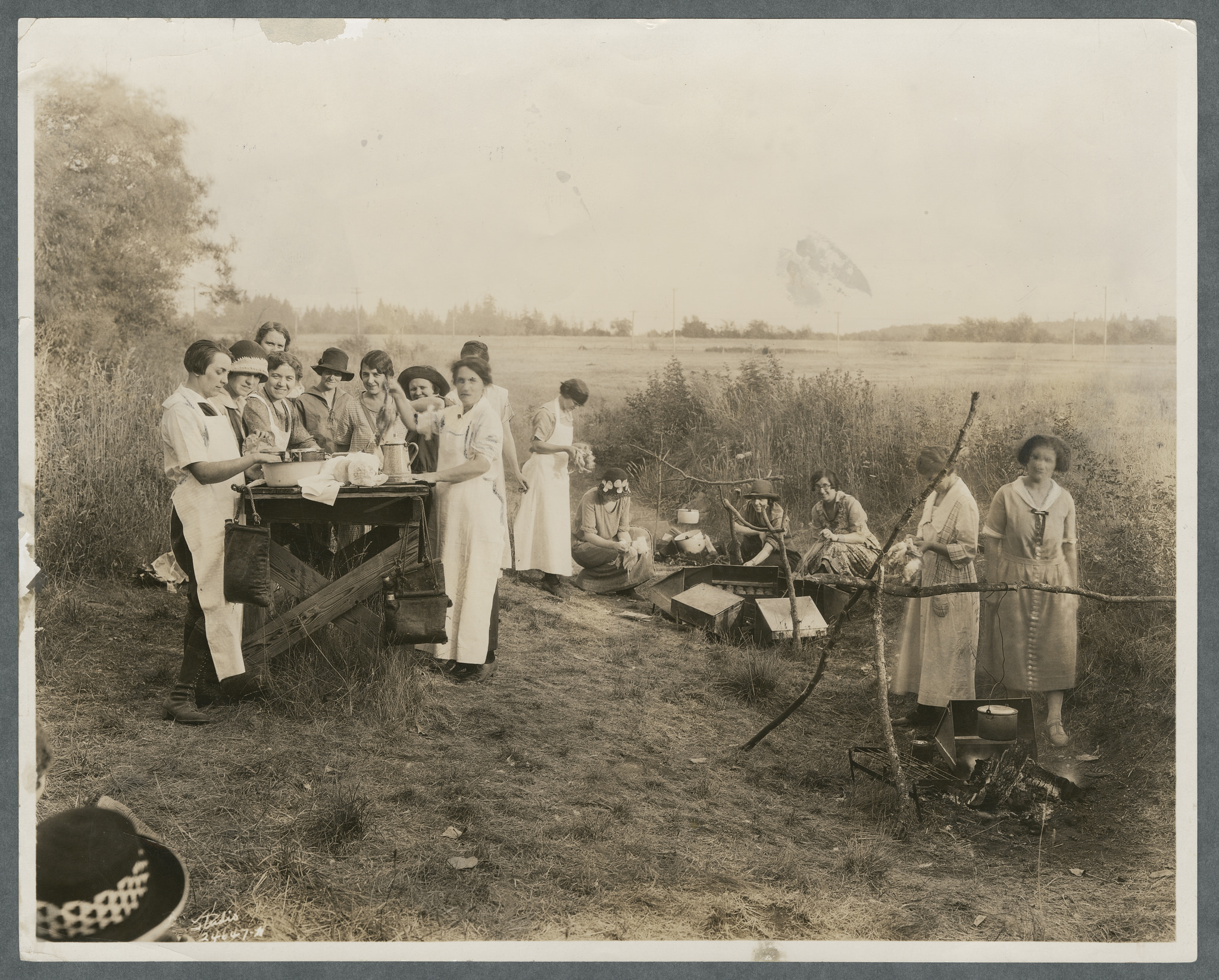 The Food Science and Technology Department Records document the instruction, research, and extension programs and include correspondence, research files, minutes, day files, travel reports, grants and awards information, Extension Station reports, and Seafoods Lab reports. Recipes related to the seafood lab in Astoria are included, as well as research for bugs as food.

The Chatter Club/Friendship Internationale was established by unmarried foreign female students and the wives of international students and staff. The group had several activities that they did together, including cooking, sewing, child care, etc., in addition to meeting on a monthly basis. Though the collection is small, it holds a scrapbook that covers the club's activities, including cooking and event receptions that they held.

The​ Hogg Papers consist primarily of class notebooks and photographs created by brothers Ronald V. and John G. Hogg. The class notebooks are for a variety of agriculture courses including agricultural economics, bee culture, crop production, farm accounts, hippology, and horticulture; as well as other science and general university courses. Of note in this collection are the papers regarding camp cooking during this time period.

The Fred Eckhardt Papers covers a broad range of topics related to craft beer brewing, as well as sake and wine making. Included are historical and contemporary brewing practices; research files and personal notes about northwest, regional, national, and international breweries; and photographs of brewing operations, brewers, national and international travels, and industry events. The Fred Eckhardt Papers include recipes and commentary on food and beer pairings, as well as cooking with beer.

Some interviews that speak about cooking and recipes are:

The Centro Cultural César Chávez Records document activities and events organized by the center such as staff retreats, open houses, César Chávez Tribute Month, holiday celebrations, lectures, and workshops pertaining to Latino/a community issues. Several files relate to cooking demonstrations at events sponsored by the CCCC. Of note is Series 4 in the collection as it hold several albums of pictures from past events, including the serving of food for the events and gatherings that they've held.

The Extension Service Records pertain to the administration and programmatic activities of the Oregon State University Extension Service. The records document policies and procedures, research activities, special events, and services provided to Oregonians at the state and county levels.This collection contains numerous records related to the Extension Service's demonstrations and education on food and cooking.

Some things of note in this collection:

The Extension Service Photographs document Extension programs, activities, and staff throughout Oregon as well as Oregon agriculture. The bulk of the collection pertains to the three traditional Extension programmatic areas -- agriculture, home economics, and 4-H. This collection includes photographs related to a number of cooking clubs, demonstrations, and exhibits.

Recipes and Cooking in the Rare Books Collections

​Keywords to search in 1Search include:

Recipes and Cooking in the Main Collection

Cooking and home economics generally is one of the strongest subcollections in the OSU Main Collection, given OSU's rich history in this field. In fact, there's a large collection of cookbooks on the first floor of the library!

​Some fun books that we found using 1Search that are here at OSU:

To find relevant titles in print, e-book, or on microfilm, try these keywords: