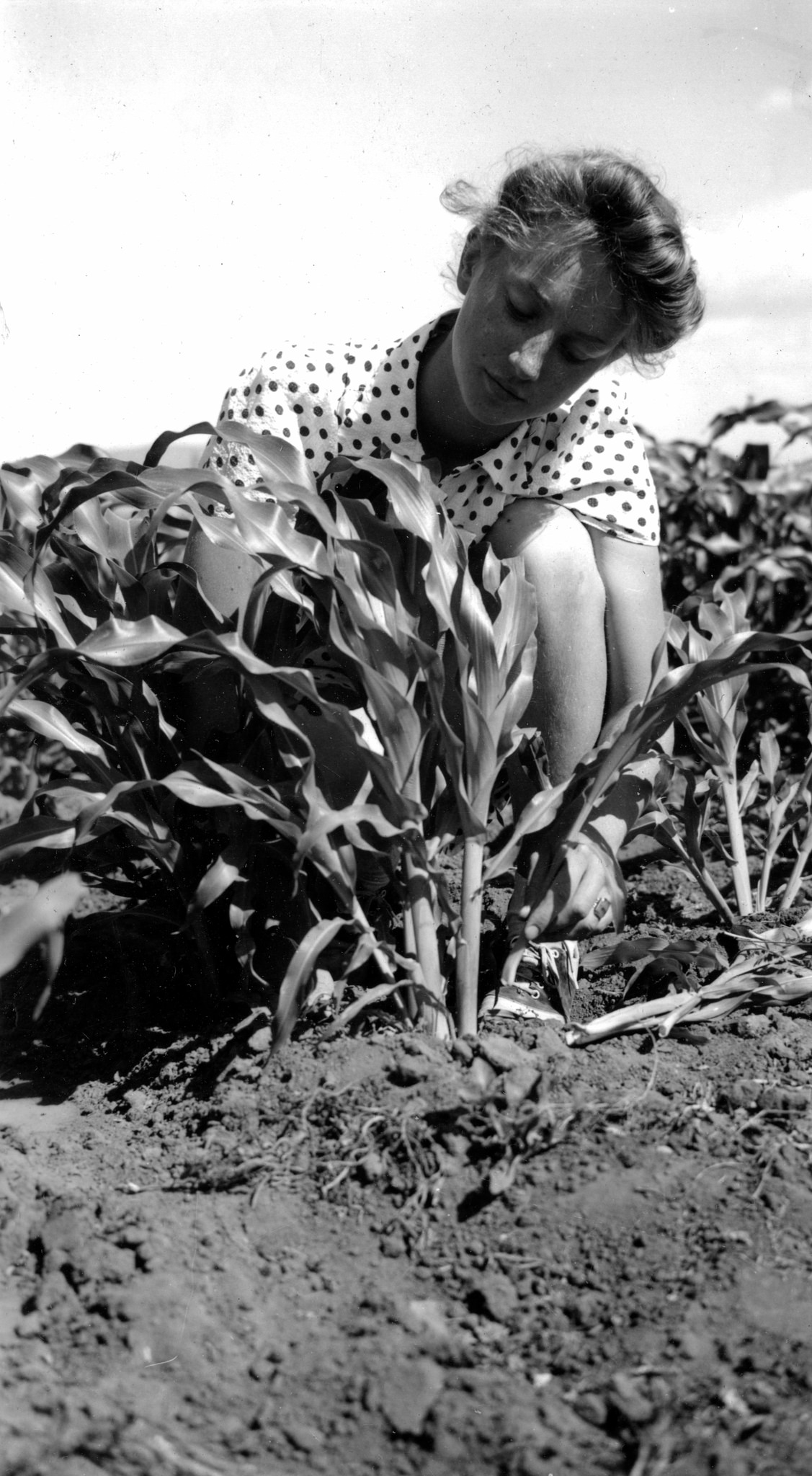 The Nursery and Seed Trade Catalogues represent a comprehensive resource for researchers interested in the history of agricultural nurseries. The collection consists primarily of flower and seed catalogues, most of which were printed in Great Britain, Holland and the US between the years 1832-1950. The materials provide a historical record of prices, seed sources, and descriptions of plants and seeds offered for sale by nurserymen and growers over time.

*Related to the Nursery and Seed Trade Catalogues Collection is the Short History of The Seed & Nursery Catalogue in Europe and the U.S.

The 4-H Photograph Collection documents Oregon 4-H programs, projects, and participants in agriculture, home economics, natural science, and recreational activities. The 4-H youth program is administered through the Oregon State University Extension Service and was established in the early 1910s. Of note are several victory garden winners, school gardens, and various other gardens around Oregon.

The Facilities Services Records document the physical campus of Oregon State University in Corvallis as well as OSU facilities throughout the state of Oregon beginning with construction of the first building on the current campus in 1888. The records consist predominantly of architectural drawings and files for the design, construction, and modification to structures.

The KOAC Records document the establishment and functioning of the KOAC public radio and television stations at Oregon Agricultural College (Oregon State University). Most of the records pertain to KOAC radio, although a few series contain records of KOAC-TV.

The Extension Service Records pertain to the administration and programmatic activities of the Oregon State University Extension Service. The records document policies and procedures, research activities, special events, and services provided to Oregonians at the state and county levels.This collection contains several records regarding home gardening.

Some collections of note are:

The World War I Poster Collection is comprised of propaganda posters generated by the United States Food Administration, the United States Treasury Department, the American Red Cross, the Young Women's Christian Association (YWCA), and other charitable organizations in support of the United States and its allies in World War I. Of note, the collection contains numerous posters related to food austerity, U.S. war bond and stamp sales, and the United War Work Campaign of 1918.

Things of note in this collection are:

Things of note from this collection are:

The rare book collections contain a wealth of materials on home gardening. Early modern gardening and cultivation in the 16th and 17th centuries is a particular strength of the collections; these guides for wives and farmers often contain calendars for planting, sowing, and other home gardening activities, advice on the proper layout of kitchen gardens, tips on various uses of things grown in the garden, and advice on how to deal with pests and weather. The rare book collections also contain books on home gardens in the 18th-20th centuries, including upkeep of American farm gardens, and victory gardens and home food supplies during WWI and WWII.

Home Gardening in the Main Collection

The Main Collection here at Oregon State University has a multitude of resources and information regarding home gardening. The important thing to remember are the terms that you're using to be able to refine to what you're looking for. Not only was home gardening popular during the early 20th century, it's continued to be a phenomenon, especially with becoming eco-friendly a large incentive for many.

Here are some key terms that can be used:

Prominent in ScholarsArchive are digitized files from Extension Service, which has several things relating to gardening topics from various decades.

*You can access many of these files via 1Search and indicate "At OSU libraries only" before searching.