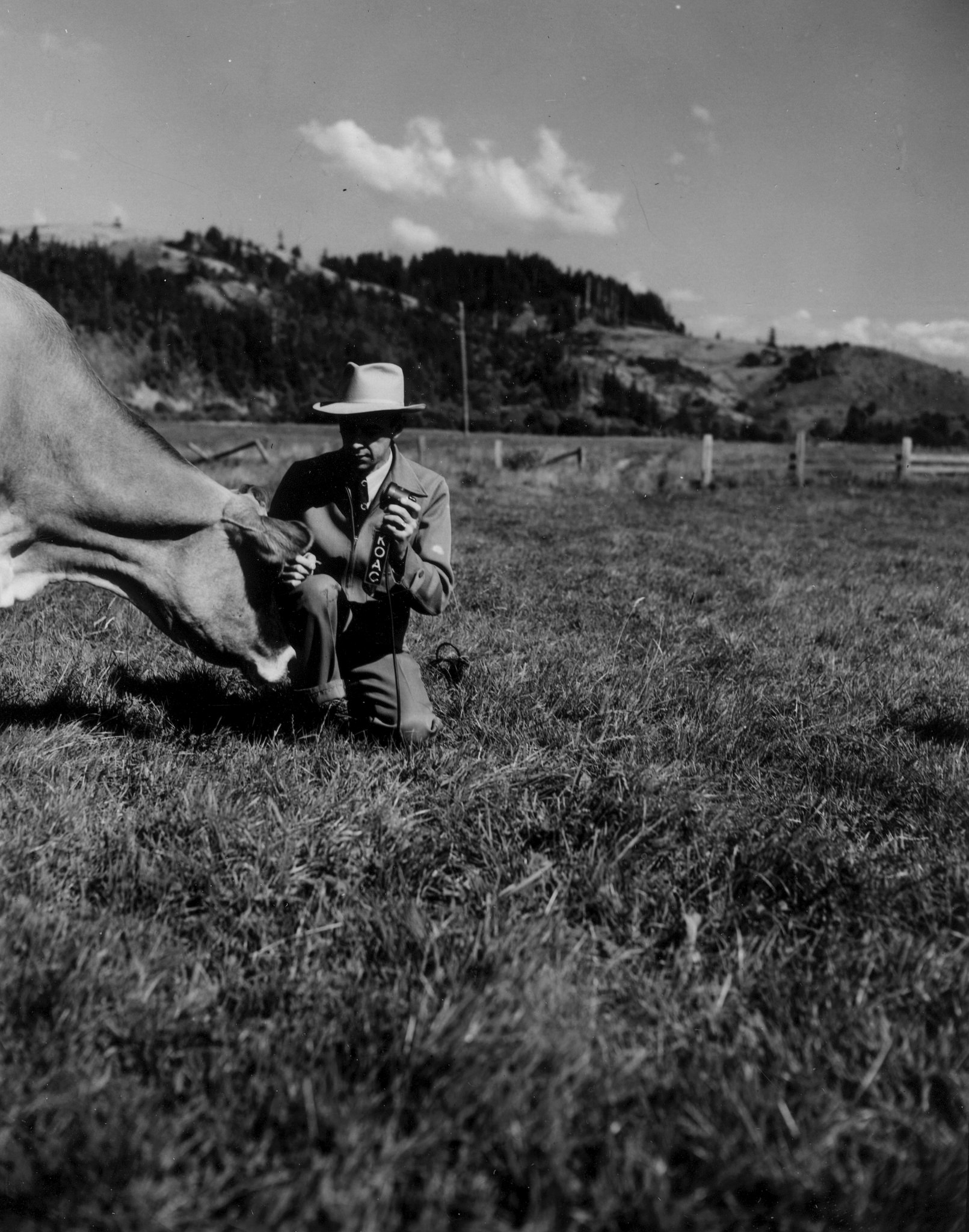 The Stock's Cash Store Records are comprised of three ledger books documenting sales and purchases made by Stock's Cash Store, a general store located in Corvallis, Oregon, between 1880 and 1897. The ledgers contain itemized records of daily transactions and the balances of individual customer and vendor accounts.

The Basques of Harney County, Oregon, Oral History Collection consists of transcripts and audiotapes of 15 oral history interviews conducted in 1976 and 1979 as part of an inventory of historic sites in Harney County. Basque sheepherders immigrated to southeastern Oregon from the 1890s through the 1920s and worked as itinerant herders on the mountain ranges of Harney County until the 1930s. Several oral histories in the collection refer to Basque food and cooking.

The Oral Histories of the James Cant Ranch are comprised of interviews with fifteen individuals that tell the story of James and Elizabeth Cant's successful agricultural operation - established in northeast Oregon on the John Day River in the early 1900s - and of rural agricultural life in the region where the Cant Ranch was located. The Cant family raised irrigated crops and livestock for over sixty years on a tract of land that came to encompass over 11,000 acres. In 1975 the Cant Ranch complex was purchased by the National Park Service for incorporation into the John Day Fossil Beds National Monument.

The Oregon Pioneers Oral History Collection consists of 33 interviews conducted primarily in the summer of 1975 by Oregon State University students to document various aspects of local history from 1880 to 1929 in preparation for the United States bicentennial in 1976.

Of note in the collection (focusing on food*farming):

Oregon Agricultural Progress Magazine is a report to the taxpayers of Oregon from Oregon State University's Agricultural Experiment Station demonstrating how agriculture contributes to the economy, environment, and social structure of Oregon and the world.  The print magazine was first published in 1953.  Issues of the magazine from 1953 to 1995 are available online in Oregon Digital.

The Agricultural and Resource Economics Department Records document research, teaching, and extension activities in agricultural economics and farm management at Oregon State University and provide extensive documentation of the economics of Oregon agriculture. The records include administrative materials, speeches and presentations, reports and original data for studies conducted by department faculty, records of the Western Rural Development Center, and extensive economic and statistical data on agriculture in Oregon assembled by the Oregon Agricultural Information Network (OAIN).

The Oregon Counties Long-Range Planning Conference Reports document the economic conferences sponsored by the Extension Service in Oregon counties beginning in the 1920s. The reports include statistics on population, land use, farm incomes, and market value of agricultural products for the county at the time of the conference and recommendations regarding agriculture, land use, and economic development for the county. The reports include information about agricultural history of the county; railroads and highways; soils, irrigation, and water resources; livestock, poultry, and dairy; farm crops; horticultural products; farm home and rural life; 4-H and youth programs; and forests and timber production. Later reports include information pertaining to recreation; minerals and mining; cultural and religous life, and health and medical services.