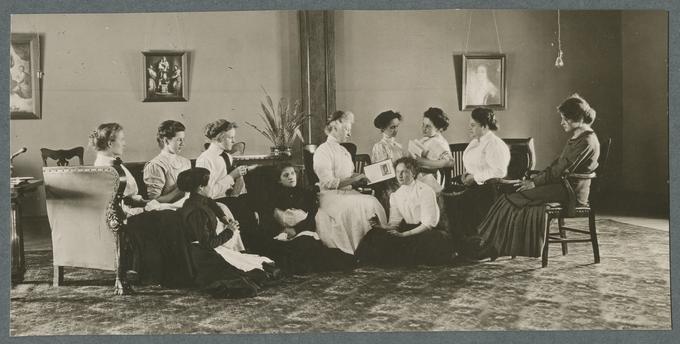 The Dean of Women's Office Photographs consists of group photographs of the participants in the conference for housemothers, hostesses, and head residents at Oregon State in the summers of 1941, 1951 (2 prints), and 1961. All of the images are b/w prints; the 1951 and 1961 images include the participants' names. The 1951 photographs were made by Hise Studio in Corvallis, Oregon.

President's Office Records, 1903-2002*
The President's Office Records reflect the administration of the university and include documentation of policy formulation, publication of statistical information, and review of legal issues. Separate finding aids have been prepared for Subgroup 1 (B.L. Arnold), Subgroup 2 (John D. Letcher), Subgroup 3 (John M. Bloss), Subgroup 4 (H.B. Miller), and Subgroup 5 (Thomas Gatch). Microfilm reel 157 includes an interesting file entitled "Women's Attitudes" (Reel 157.256). Sub-group 13, Box 17 contains a file relating to the "Status of Women" at the University in the mid-1960s; Box 22 contains materials relating to the "Faculty Status of Women." Access to personnel reviews in Subgroup 13 Series 1 and department reviews in Series 5 are restricted due to the presence of confidential information. All requests for access to this material should be directed to the University Archivist.

President's Office Photographs, 1923-1998
The President's Office Photographs consist of photographs documenting the activities of the presidents of Oregon State University, primarily from 1960 through 1995, as well as individual portrait photographs of Oregon State faculty and staff from the 1930s through 1960s. Images from the collection are available online in the Best of the Archives digital collection. Series 1, Faculty and Staff, contains many images of female staff and faculty at Oregon State from the mid-1930s to the mid-1990s (Boxes 01 and 02).

Affirmative Action Office Records, 1971-2010
The Affirmative Action Office Records document the development and implementation of affirmative action and equal employment opportunity programs at Oregon State University, especially with regard to women, ethnic minorities, individuals with disabilities, and veterans. The records include subject files, affirmative action plans, policies and procedures, reports, and publications. The Office of Affirmative Action and Equal Opportunity was established at Oregon State University in 1972. Boxes 02, 03, 05, 06, 08, and 09 contains files relating specifically to women and their experiences on campus. Access to the Department of Education Office of Civil Rights materials in Series 1 is restricted due to the presence of confidential information. All requests for access to this material should be directed to the University Archivist.

Dean of Faculty Records, 1962-1988*
The Dean of Faculty Records document the activities of the Dean of Faculty regarding faculty appointments and promotions including tenure and salaries. The Dean of Faculty was established in 1964 to serve as the principal academic officer of Oregon State University reporting to the President. David Nicodemus was Dean of Faculty from 1966 until 1986, when the Office of the Provost was established. Box 02 contains a file for the Ad Hoc Committee on Higher Education for Mature. WomenAccess to the Jeanne Dost vs. OSU case file in Series 4 and the President Jensen materials on microfilm reel 2 is restricted due to the presence of confidential information. All requests for access to this material should be directed to the University Archivist. 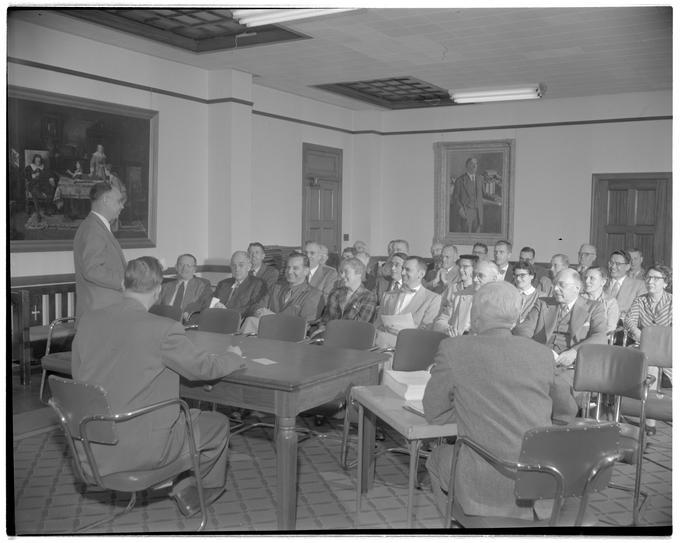 Office of Admissions Records, 1961-2009
The Office of Admissions Records document the recruitment and orientation of new students, primarily undergraduates, to Oregon State University. The records include reports, admissions and applications data, correspondence, publications, committee records, and records for recruitment and orientation events and programs. In addition to policies and procedures for admission to Oregon State University, the records address retention, residence classification for determining in-state or out-of-state tuition, and long-range planning. 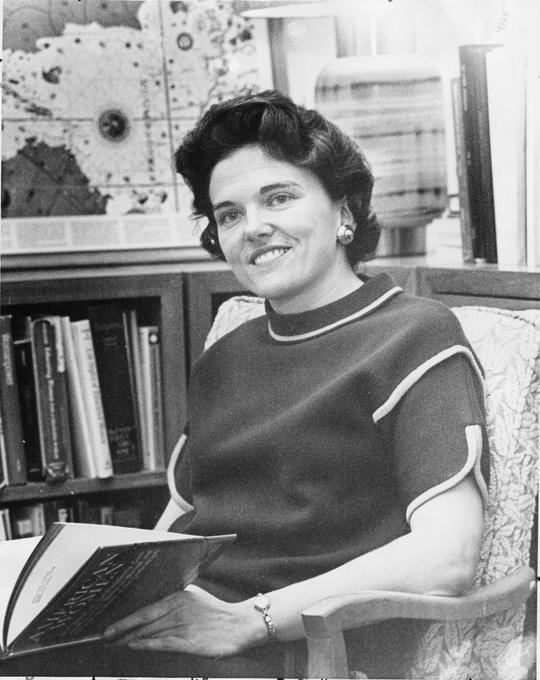 at Oregon State University as well as her involvement in community and professional organizations. Trow came to Oregon State in 1965 to serve as Dean of Women. She retired in 1995 after serving as Vice President for Student Affairs for more than 20 years.