After 8 Records, 1984-2002 - The After 8 Records document the political activism and community outreach work of the After 8 organization, a group which operated in Benton County from 1989 to 2002, but was primarily active during the 1990s.

Queer History Research Collection - The QHRC is an artificial collection containing items of interest about LGBTQ+ communities within Oregon State University and to a lesser extent, the city of Corvallis, and the state of Oregon.

Oregon State University's student newspaper The Daily Barometer ​reported on a variety of topics, including stories and issues pertaining to the LGBTQ+ community. Currently, the newspaper is available in printed and bound copies, as well as on microfilm. In the spring of 2018, OSQA's student worker reviewed the 1990s Barometer articles and selected the ones most relevant for the creation of the LGBTQ+ History in OSU's The Barometer collection; in 2019, another OSQA student worker reviewed the 2000s. Below are PDFs of the articles, organized by year, with a table of contents for each set of articles. 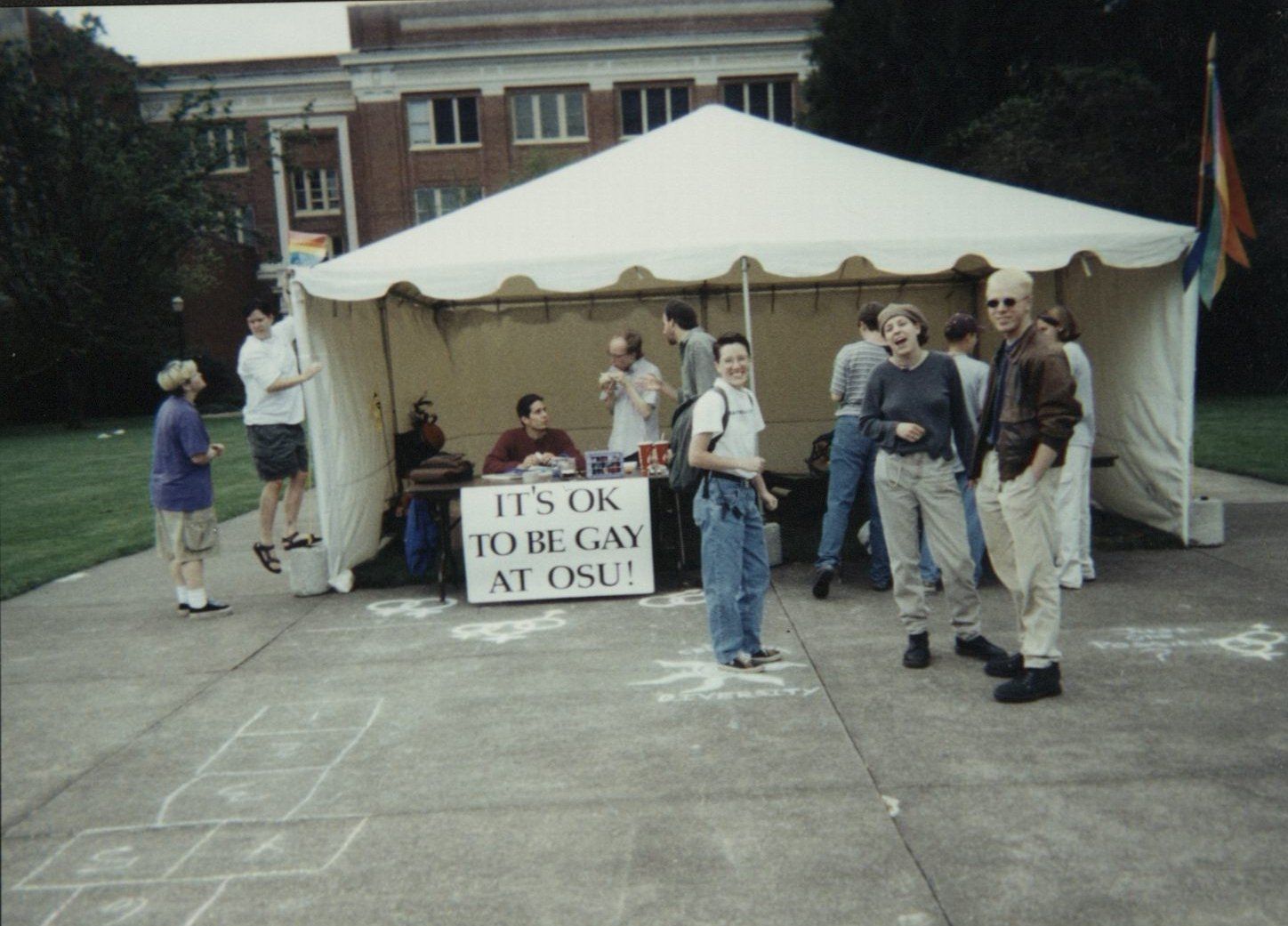 Below are various Oregon State University Collections that include information on LGBTQ+ community history:

Pride Center (RG 236) ~ The Pride Center serves as Oregon State University's resource center for lesbian, gay, bisexual, and transgender (LGBT) members of the OSU community and their allies. In addition to its roles in outreach and education, the center provides a safe space for anyone in the community to "explore aspects of sexual orientation and gender identity in an open and non-judgmental atmosphere." The Queer Resource Center was founded in 2001 and was initially housed in Benton Annex with the OSU Women's Center. In 2004, the Queer Resource Center (QRC) moved to a permanent location on the south edge of campus at 1553 SW "A" Avenue. In that same year, the QRC was re-named the OSU Pride Center. The Pride Center works closely with the OSU Rainbow Continuum, SOL (LGBTQQIA People of Color Support Group), and the ASOSU Queer Affairs Task Force.

The Pride Center Records document the establishment of the Queer Resource Center (later known as the Pride Center) at Oregon State University and the programs and activities of this resource center for lesbian, gay, bisexual, and transgender (LGBT) members of the OSU community and their allies. The collection includes administrative records, publications, posters, photographs and a DVD of the 2007 Lavender Graduation ceremony. All of Pride Center scrapbooks are available online.

The above records include annual review forms, constitutions and by-laws, lists of officers and members, mission statements, correspondence, as well as event planning and registration forms, along with some event pamphlets, calendars, and news clippings.

Associated Students of OSU (ASOSU), 1917–2006 (RG 11) ~ The Associated Student of OSU Records document student government at Oregon State University and include records of the ASOSU Executive Branch, the ASOSU Senate, and the Graduate Student Senate. Materials relevant to OSU LGBTQ+ history include:

The Beaver Yearbooks ~ Print Copies are available in the archives. All of the yearbooks have been scanned and are available online: