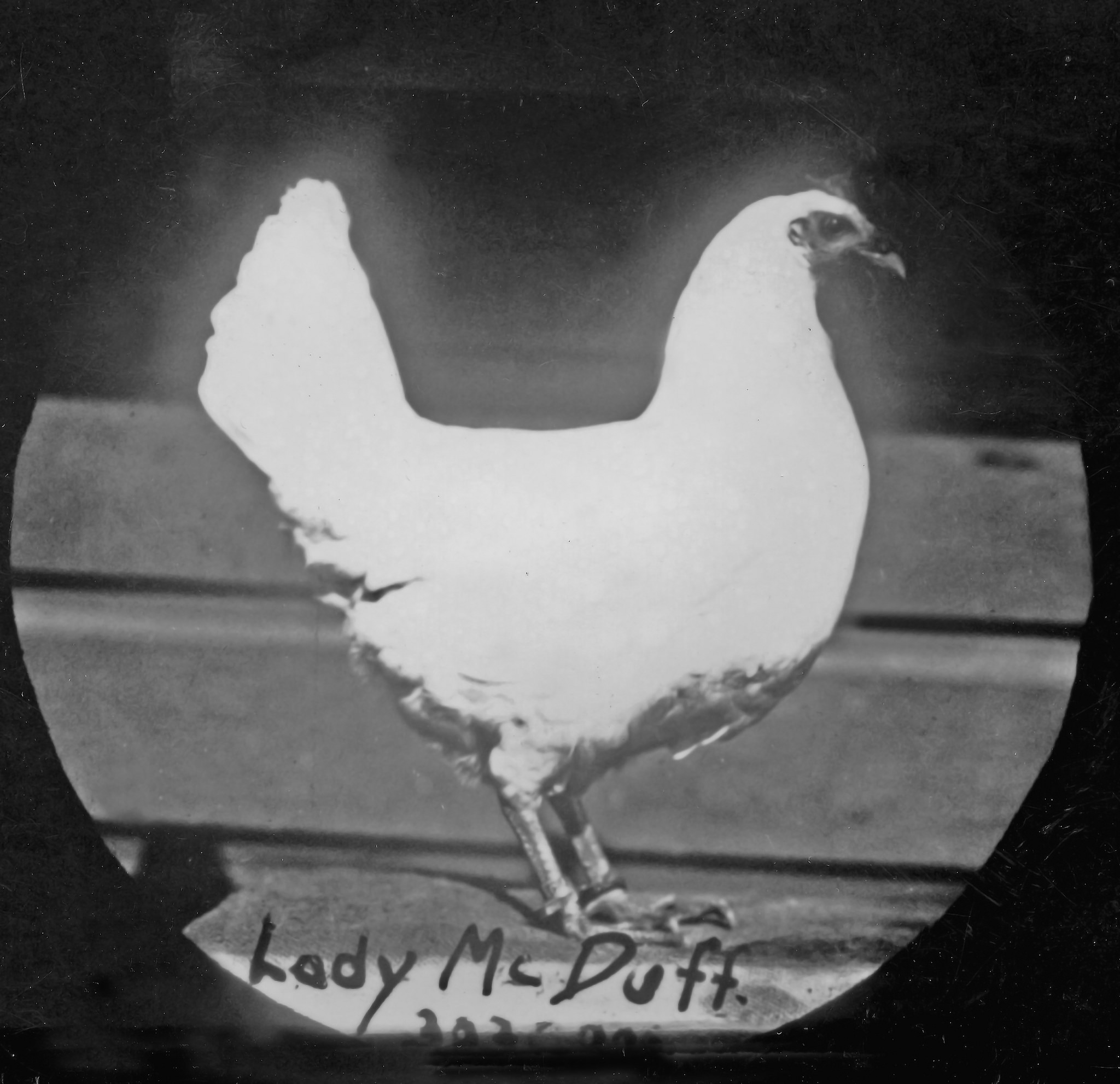 The records in this collection consist of correspondence, meeting minutes, bylaws, committee records and photographs produced by the Oregon Poultry Council. The collection is small, but fruitful.

These papers were generated and collected by Paul E. Bernier and document his research in chicken breeding and genetics. The collection contains correspondence, publications, research records, certificates, and photographs. Of note is Series IV.  Research Project Records for "Genetics and Breeding Improvement of Chickens", 1947-1977.

The George H. Arscott Papers were generated and assembled by Arscott and document his poultry science research. George H. Arscott earned a B.S. in Poultry Husbandry from Oregon State College in 1949 and was a faculty member in the Poultry Science Department at Oregon State from 1953 until his retirement in 1987. The Papers consist of articles, conference papers, publications, reports, and studies; Arscott's thesis and dissertation; research project records; newspaper clippings; correspondence; and photographs.

Corporate records of the Banks Dairy Products Company of Banks, Oregon. The Banks Dairy Products Company was incorporated in Washington County, Oregon, in 1922 and operated until its dissolution in 1941. The company was involved in the purchase and sale of milk and milk products, particularly the manufacture and sale of cheese and butter; the construction of an ice and cold storage plant and the preservation of products by means of cold storage; and the construction and maintenance of buildings and structures for creameries, cheese factories, milk distributing plants, elevators, and storage plants.

A Dairy Program for Oregon Scrapbook, 1929

The A Dairy Program for Oregon Scrapbook documents the publicity and promotion activities leading up to the 1929 statewide Convention for the Revision of Oregon's Dairy Program held at Oregon Agricultural College in 1929. The scrapbook includes publications, clippings, correspondence, and photographs. Some of the clippings are written by Marshall N. Dana of the Oregon Journal. The publications were issued by the Extension Service.

The Philip M. Brandt Papers document the role of Philip M. Brandt, department head of the Dairy Husbandry Department at Oregon State College, in Oregon Republican politics and the Oregon Grange. Dairy husbandry professor P.M. Brandt served on the Oregon State College faculty as head of the Dairy Husbandry Department from 1917 until his retirement in 1957. Brandt was also active in civic affairs and local politics. He was a member of the Corvallis City Council from 1924 to 1933, Mayor of Corvallis in 1933-34, and served on various state committees.

The Thomas B. Searcy Property Records document the land in Sherman County, Oregon, homesteaded by Thomas B. Searcy in 1889 and Searcy's financial interactions with the Moro Grain Growers Association and the Pacific Co-operative Wool Growers Association. The documents are arranged in chronological order and housed in sleeves; the collection includes original documents as well as photocopies of most of the originals. A list of the documents is also included.

This collection consists of photographs generated and collected by the Entomology Department. The materials document the activities of department faculty, staff, and students as well as classes, entomology research and fieldwork, and various insects.

The F. Ross Brown Papers consist of materials generated and assembled by Brown documenting his student years at Oregon Agricultural College, agricultural work in the 1910s, and participation in the Oregon Wildlife Federation and the National Wildlife Federation. The collection includes photographs, a photograph album, student memorabilia, and correspondence. Brown graduated from Oregon Agricultural College in 1910. The album includes snapshots of friends and family (including children) and outings. Agricultural scenes, especially of orchards, and views of towns in Oregon and Washington are depicted, including Ashland, the Hood River Valley, Medford, Rex, Riddle, and Roseburg in Oregon and Camas, Washington.

The Agricultural Experiment Station Bulletin Illustrations consist of photographs and other illustrations reproduced in Station Bulletins published from the mid-1920s to early 1940s. The subjects are representative of the various agricultural research projects conducted in Corvallis and at Branch Stations throughout Oregon.

This is an artificial collection of photos from many sources pertaining to various aspects of agriculture in Oregon, the Pacific Northwest, the Midwest, and Canada. Several groupings of photographs were made by/for the Extension Service and the Agricultural Experiment Station, and depict the Emergency Farm Labor Service and Branch Experiment Station buildings and activities. Agricultural activities shown on campus include brooder houses, chicken coops, farm machinery classes, and the dairy barn. A small number of photos scattered throughout the collection were made by the USDA in Oregon around 1910.

The Irwin Betzel Papers are comprised of materials assembled and generated by Irwin Betzel during his years as an Oregon Agricultural College student and OAC Instructor of Pharmacy. Included are two scrapbooks, a photograph album, several loose photographs, three pharamcy notebooks, and a small collection of pharmacy ephemera.

The rare book collections in Special Collections and Archives Research Center have a wealth of material related to domestic economy. Use these terms when looking in the rare books collections:

Domestic Economy in the Main Collection