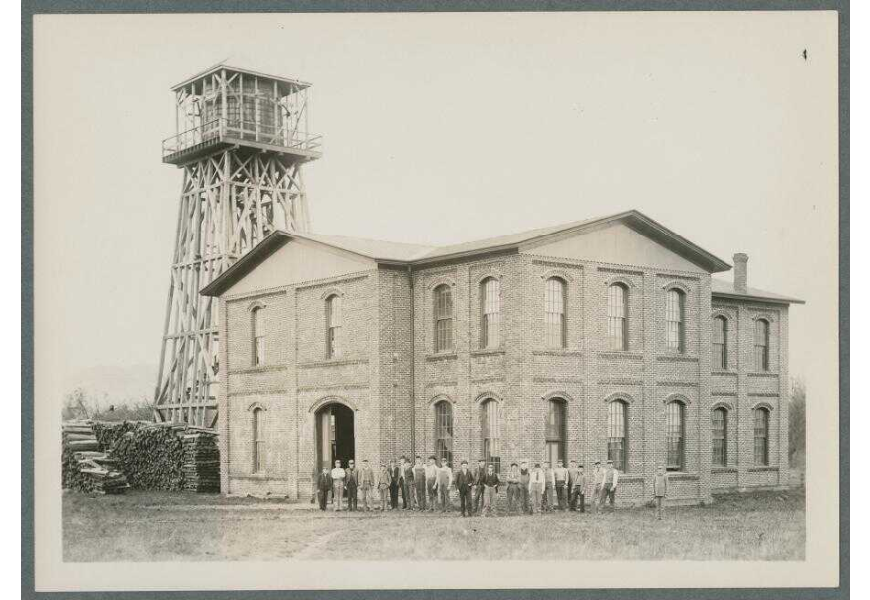 The original Mechanical Hall was built in 1889, and housed the armory, printing office, a gymnasium, wood working and iron working departments, and recitation rooms. On September 27th, 1898, the building burned down to the ground; the total damage was estimated to be $25,000. Only two lathes and a few small tools were saved from the flame. A new Mechanical Hall - what is modern-day Kearney Hall - was built in 1900; in 1920, a third floor was added and the name was changed to Apperson Hall. In 2009, after a major interior renovation, the name was changed to Kearney Hall. For more information, see the Kearney Hall page.

Oregon State Memorabilia Collection Box-Folder 25.4: Contains some information about the original Mechanical Hall (1889-1898) in the Apperson Hall folder, including an article about the fire from the Gazette Times from September 30th, 1898