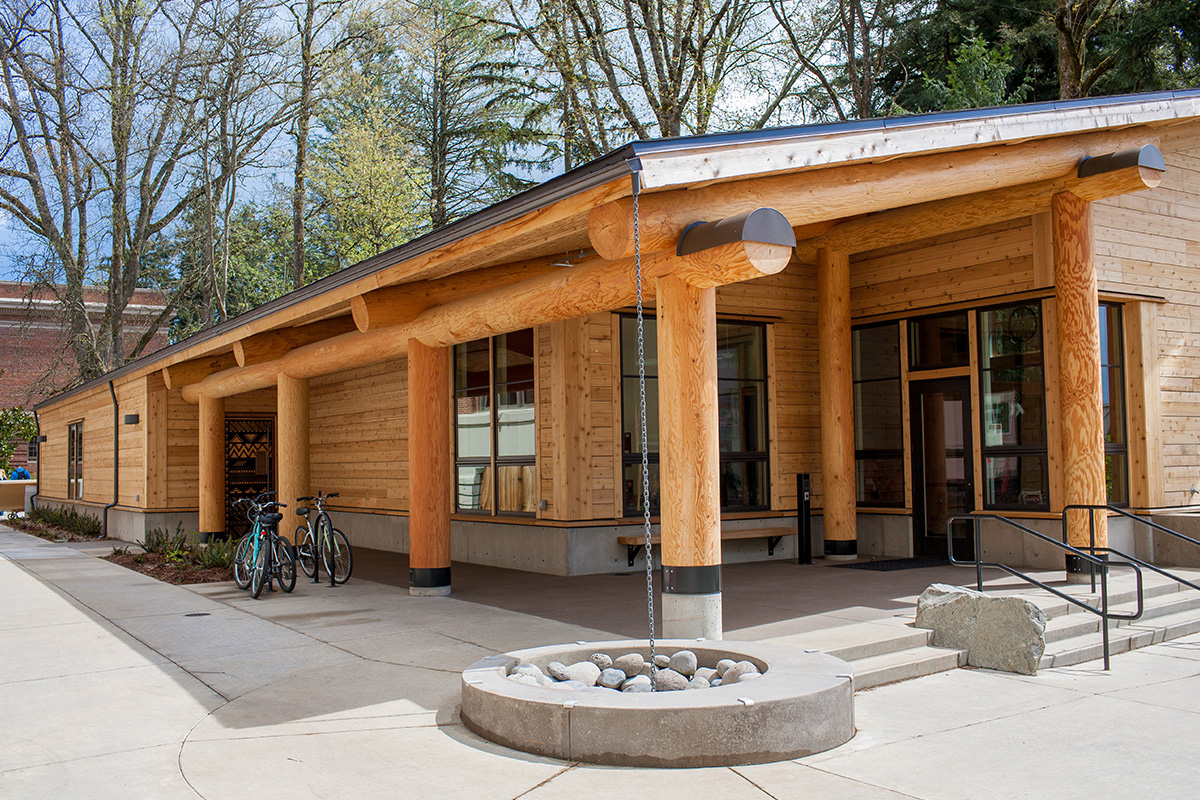 The Native American Longhouse (NAL) Eena Haws represents the indigenous people of the Americas and Pacific Islands. The NAL was created out of collective activist efforts of the Native students and the Black Student Union at OSU during the late 1960s. In 1971, the NAL was established and became the first cultural resource center at OSU. It was also the first Native American center on a college campus in Oregon. Starting in 1973 it was housed in a World War II Quonset hut located just north of the current building. The new facility opened in 2013 when the NAL officially added “Eena Haws” to its name, which means “beaver house” in Chinuk Wawa. This was the first of four OSU cultural centers that recently gained beautiful new buildings custom-designed for each group. The initiative got off the ground with a gift from the late Portland philanthropist Joyce Collin Furman ’65.