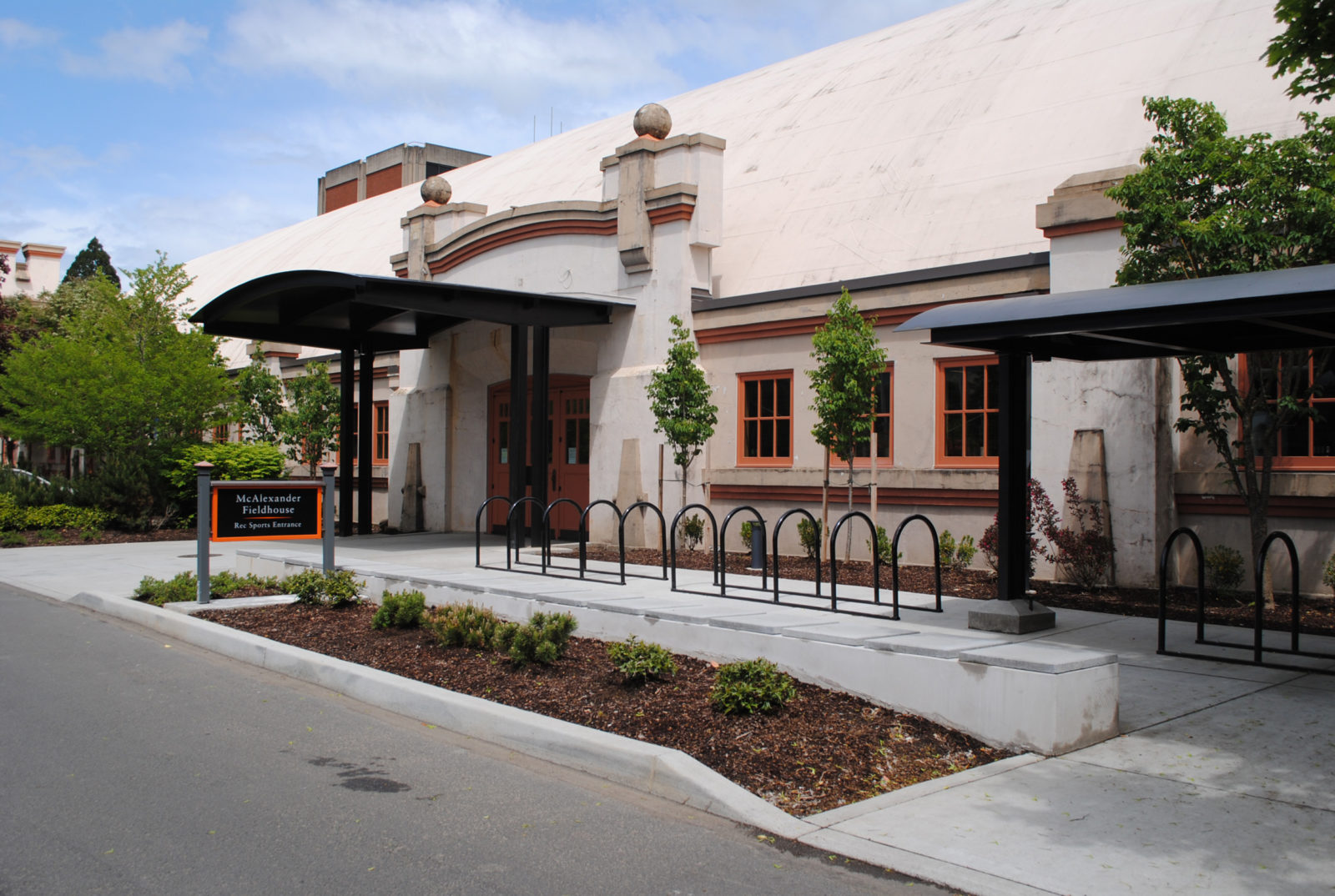 Built in 1910 and designed by John Bennes, the Armory was touted as one of the largest in the country. It currently houses the Army and Air Force ROTC programs, plus multi-use courts for basketball, volleyball and badminton, a turf field, rock climbing wall and a classroom managed by Recreational Sports. It was named for Ulysses Grant McAlexander in 1971, commandant of the cadets from 1907 to 1911 and 1915 to 1917. McAlexander was a military hero known as "Rock of the Marne" for his involvement during the 1918 battle in France where his command was greatly outnumbered against German forces. McAlexander's accomplishments are numerous, and he spent his retirement in Oregon. He is buried in Arlington National Cemetery.